the fourth of july weekend of 2016 sent me through a soul searching roller coaster ride. i was more 700 miles from my home, driving with my parents and young son after having spent a weekend with my aunts and cousins in hot springs, arkansas, when i learned that 2 men more than 1,000 miles apart were dead after encounters with their local police.

i refused to watch the videos of alton sterling and philando castile being murdered. i could not participate in such pornographic voyeurism. my heart bled for their families. my mind raced with the names and photos of countless other victims of police brutality. i felt my blood pressure boil. no matter how i sat…no matter how many deep breaths i took…i could not calm myself.

do you know that at least 1/3 of americans don’t even know their neighbors?

so if i were to line up 10 adults randomly, only 3 of them would know their neighbors. three. the remaining 6 people would be clueless, even if they have lived in their particular neighborhood, in their specific house for decades.

that is a jarring statistic. 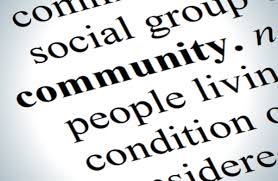 as i watched the footage that covered the deaths of both mr. castile and mr. sterling, i noticed something very important. community members from all walks of life were coming forward to speak on behalf of philando castile. his co-workers wanted the world to know how they felt about him. the parents of students he served spoke about how he supported and nurtured their children. his girlfriend spoke. leaders and politicians from his neighborhood paid homage. it was blazingly clear that he was a part of something. something bigger than he. something bold and positive and affirming.

philando castile was a member of a community.

so by the time the mileage from arkansas to michigan had reached zero, i had a plan. my idea was to bring my neighborhood together. my goal was to make sure everyone who lived around me knew me and that i likewise knew them.

now a little backstory…in my graduate program, i made the very specific and conscientious choice to study social policy and planning. going into a social work program, after all, was my second choice to law school so i wanted to stay as close to lawyering as i could. i would listen in on community organizing classes but i thought when i was in there, ‘what am i gonna do…start a union?’ or i thought, ‘isn’t it time to walk away from my radical roots?’

see my parents were both community organizers. both by themselves and together they have organized block clubs, neighborhood watches, political campaigns, parenting consortiums, and substance abuse treatment conventions. they both also belonged to unions. i was raised to believe in both the power and necessity of community.

so i didn’t think i needed to take no classes or earn no degree on how to bring people together to incite change.

flash forward 24 years…i’m sitting in my bedroom working to recover from a bout of pneumonia and kidney stones and in my delirium i come to the conclusion that what i really need to do is host a block club party.

i know…i know…you’re thinking how did i get that from this? but know that at the time i was running a 103 degree fever but i had a vision. so i text my block captain and she says, ‘sure.’ this was my thinking from my sick bed…

police brutality is not a cause but a symptom. there have been times in history during which the police in communities (both urban and otherwise) have not used brute force and violence as tools for policing. in american history, policing has been dictated by policy. policy is written and passed by politicians. politicians are beholden to the communities that elect them. hence if we really want this to change, we have to begin standing together as a community. in order to stand together as a community, at bare minimum we have to actually know each other’s names!

how do we do that?

we have a block party.

the best thing about my block captain is that i didn’t even have to go over all this sick bed logic in order for her to get on board. i said, ‘let’s have a block party.’ and she was like, ‘that’s a good idea. i’ve been wanting to do that.’ so with this very formal decision making process, we were off and running. we had no idea the level of bureaucracy  and politicking it would take in order to make the party actually happen.

that’s not how it happened…at. all.

first we were advised to meet with members of our block in order to determine if they even wanted a block party. i was like, ‘piss on that! who doesn’t want a block party? i mean it’s a party…on your block!’ my captain was like, ‘it’s the rule.’ it took us 3 weeks to get ourselves organized enough to invite neighbors to meet. we passed out flyers. called who we knew. emailed the rest. and wished for the best.

on the day of the block meeting i pulled a folding chair out of my trunk and sat in my front yard, praying at least one more person would show up. surprise! folk showed. they were actually excited that we wanted to get together. i learned that there were families who have been living in my neighborhood on my block since before i graduate high school! i also learned that the idea of becoming a more close knit community as one means to push our desire for safer, cleaner streets, and quicker response time for emergency services was felt unanimously. it was on! we totally rocked step 1!

then we had to obtain and complete a block party application from our local police precinct in order to be able to block the street for our celebration. the precinct required a 4 week deadline from the date of the event. it also required that we obtain 75% permission from community members in order to host the party! SEVENTY-FIVE PERCENT! there are 38 houses on our block. who was going to get those signatures?

it was gonna have to be me. i was the only one who actually had the time, at the time, to do the leg work. so i walked up and down my block talking to neighbors and telling them about this idea to hold a block party. several said they wouldn’t be able to participate because of other obligations but they all agreed that it was a good idea and SIGNED THE PETITION! whew! step 2 was done!

next thing we needed was to submit the application so that we could receive approval. we tried calling ahead. it didn’t work. we walked the petition over to the precinct. they got it but we didn’t hear from them. we called some more. nada. finally we talked to our community liaison who talked to our neighborhood officer and we got a tentative green light. good enough. step 3 over and out!

now we needed loot. having never actually coordinated a block party before, i had no idea what type of budget we needed to work with. we thought about our neighbors and discussed activities. i got shutdown about a hustle instructor. and the bounce house was a good idea but we couldn’t wrap our minds or hands around the $150 we needed to cover the cost. we decided on a budget of $20 per household and crossed our fingers that our neighbors would be comfortable with that amount. we didn’t harass them. we asked for the cash and then backed down determined to make do with whatever we received. turns out our neighbors put their money where their hearts are. we got enough cash to cover lunch and activities for the kids. we also got approved to have a fire truck come out to provide a lesson on fire safety! how cool is that! step 4 done and done!

finally, step 5 throw our party. we have a long block with a lot of families. most of the families are older and their kids are grown and gone. but there are a few like me with school age children. so we decided to spread out along the block. two grills cooked. we had music via iphone and a water balloon parachute toss. the fire truck came and not only did they give tours, they also passed out beanie babies to our little ones. everything was looking and feeling good.

then it rained. hard. with thunder. and lightening.

literally. it rained on our parade. and i started to get sad, thinking all that work and now it’s over before it’s really gotten started. so there i was all in my feelings packing away my supplies, then i looked up and noticed my neighbors were moving the grills, food tables, and other supplies not into their houses but in one particular neighbor’s backyard!

they didn’t want the party to end! they wanted to continue with the camaraderie and merrymaking even if it meant re-opening the streets and setting up on someone’s patio and garage. it meant that this meant something. it meant that in the midst of my illness, i had come across a solid truth…we are so much more powerful together.

yeah, it was just a party. i know. but imagine what we could do next?