When he was 16 months old my son, now 9, was diagnosed with asthma.

We spent countless hours in his doctor’s office. And so much time in ER, the nurses and lab techs knew I preferred tea over coffee and would have a new stuff lovey at the ready for my lung tired moon child.

I got so used to 12 am and 3 am and 6 am breathing treatments I could measure out albuterol with one hand tied behind my back and both eyes closed. His doctors told me this was just the life of an asthmatic. And that I just needed to hunker down for the long haul.

I’m not really good with the whole hunker down thing.

I’m about a fearfree life, right? Asthma simply could not be allowed to get in the way of the life I’d had planned with my kid.

We were scheduled for big fun and high adventures. There was no way I was going to allow asthma to limit our life.

The Moment The Proverbial S— Hit The Fan

When my son was 5 years old and a pro at going to the ER, his asthma flared big time. He spent a week in and out of the doctor’s office. We’d even made a trip to ER and he had to take three days off school while we worked through the episode.

On day four he woke up and said he was feeling better. He looked better. His breathing was normal, his eyes were clear. He wasn’t as talkative but I thought, “He’s just tired.” I thought going to school might help him feel more in control.

So I ironed his uniform, packed his lunch, made sure his project on ‘How to Make a Pizza’ was ready to go and off to school he went.

I was sitting in his class listening to his presentation and watching him. He was wearing this nice navy blazer my sister had bought him for the presentation. He looked adorable. But I knew in my heart he’s breathing still wasn’t right.

I gave him a questioning look. Without hesitation, he signaled me back with the thumbs up. I didn’t believe him. At all. But he insisted and I knew his teacher would monitor him. Besides my office was a 1 block walk away and I had stocked the nurse’s office with a breathing mask, and his albuterol prescription.

He aced his presentation.

When I picked him up, he confessed that he’d lied and his chest hurt and he couldn’t breath. He just didn’t want to miss giving his presentation.

My heart sunk in my stomach. My baby was hurting and instead of telling me, he’d gone and strong armed his way through a presentation about pizza.

We got home. Breathing treatments did not help. He couldn’t get comfortable. We went to the after hours clinic. They gave him rescue meds and a prescription. He was able to get comfortable and home we went.

At 2 am that morning, my son was in complete respiratory distress. I packed him up and rushed him to Children’s Hospital. I don’t even remember parking my car. The woman at the desk didn’t even bother with my information, she looked at my kid and said,”Room 8. I’ll come to you.”

Before I knew it he was on a gurney. His breathing was so bad he couldn’t hold still. And he’d spiked a fever. I felt completely and utterly helpless.

Then the nurse and respiratory therapist told me that he had to be admitted. My heart sunk. We’d been fighting this asthma demon together for nearly 4 years, the one promise I’d made him was that no matter what he could always sleep in his own bed. Now I was going to have to tell him, he’d have to stay in a hospital bed.

Then because he had spiked a fever (I can’t even tell you how high it was – it’s still too traumatizing) they had to run an IV to get the medicine in his system quicker. And there was a real fear that he might have a seizure (he was prone to fever induced seizures).

They asked me to help hold my baby. Then they put a needle in his arm that resulted in him emitting a scream that still haunts my nightmares.

It haunts my nightmares.

That scream. No parent ever wants to hear that kind of noise come from their child. Ever.

In that moment, asthma had won. Asthma had whupped my ass and took my baby hostage.

Asthma had shown me it’s ass and said, “Kiss it!”

And that was the moment I knew asthma was my enemy and that bitch had to be defeated.

Fighting Asthma: It’s What I Do

All kinds of specialists came in to observe my son. I meet a registered respiratory therapist. I also meet an Asthma Educator. I was educated about creating an asthma action plan. I’d had one but it had holes in it.

I also was encouraged to enter my son in a study for some experimental program. In my exhaustion, I told them to leave their cards and then leave us alone. I never called.

I knew then, that I had to make some major changes in our life. I knew then that I was in it for the long “haul” and that there was no way on earth I was going to allow asthma to control our life. Period.

I didn’t want him to think that there were doors, he’d not be able to open.

I didn’t want him to live in fear.

Here are the steps I take to fight asthma and help my son live fearfree.

Step One: Have a Plan

I revised my son’s asthma action plan the day he got out of the hospital. 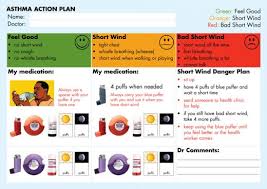 If you love a person with asthma make sure they have an asthma action plan. And make sure, if they are a kid, that their school is in on their plan. The plan is critical and it’s very easy to put one together. You can download one for free here.

It’s critical that children with asthma know how to tell others how they are feeling. They have to know the right words. When in crisis, they can’t say, “I can’t breath.” Because they can’t breath. They need to be able to signal for help before they get to that point.

Kids know the physical signs that an episode is pending. We have to help them tell us so that we can help them better.

I decided to include more water in his diet. He and I talked about the importance of staying hydrated and I bought him water bottles to fill up and carry with him. I also bought a case of bottle water that I would leave in the car.

It is well known that asthmatics are more sensitive to dehydration then non-asthmatics…Keeping a good water balance is a good idea for asthmatics as many components of asthma attacks and treatment focus on a proper water balance for the body. Some clinical experts even recommend sufficient hydration as an adjunct to asthma therapy. – Leon C. Lebowitz, BA, RRT

Read more from experts on asthma.net. I noticed pretty quickly after purposefully adding water that his coughs lessened. My son’s asthma is triggered by allergens. Staying hydrated really does combat the allergies. When he’s got his water, his airways stay nice and moist (yuck but in a good way). As a result pollen and other gross things don’t build a home in his airways as easily.

Asthma is a chronic lung disease that inflames and narrows the airways. When an episode is in full bloom, asthmatics can’t breath.

I love yoga. I’ve been practicing yoga for nearly 25 years. I find it centering. It cleanses me. Frees my mind. Opens my chakras.

My kid, however, is constantly moving. He wakes up ready to go. And I mean go. He moves as quickly as he talks and he talks a lot. It’s all I can do every day to keep up with him.

When he was little he would climb on my back while I was trying to do downward facing dog. And then jump on my back whenever I would do the plank position.

I’d tried to get him to practice yoga with me. I even signed him up for a class. He was…shall we say…a disruption. But I wanted him to learned measured breathing.

I thought that was the missing link. If he could learn how to practice different types of breathing it would help him manage his breath when he was triggered.

That lead to walking.

Step Four: Walk It Out

I’m a walker. It’s how I problem solve. If something is going on in my life, no matter what it is, and I can’t figure it out…I take a walk. It’s something I’ve been doing since before I can remember. The bigger the problem the longer the walk.

So my son was used to going walking with me. He was walking with me before he was walking. He loves our walks. Their the highlight of our relationship. I learn all about which kid eats boogers and which girl he has a crush on when we walk. There are times when I think he saves up stories just for our walks.

So one day while we were walking, he started to get winded. He mentioned to me that his chest was hurting (our sign that an episode is pending). I told him to take short steps and with each step a short breath. Baby steps. Baby breaths.

His chest pain subsided. And bam! I’d figured out how to help him learn these doggone breathing techniques. We’d walk it out!

We walked and talked. But this time with purpose. I figured if he could walk long distances, he’d build his stamina and his lung capacity (runners do it all the time).

I made sure that we walked regularly, like 5 times a week. I also upped our pace. We went from a leisure stroll to a 17 minute mile. We could cover 2 miles in a little more than 30 minutes (or one tv show).

Then I told him we should race!

Not Really a Step: But 13 Races Later…

Our first race was a complete disaster. We didn’t finish dead last but that was only because the person behind us had to wait on us to use the rest room.

My son complained the ENTIRE time. I thought I was going to lose my mind! Read about that joyful journey here.

What I know for sure is as long as we work our plan, his asthma doesn’t flare up with anywhere near the frequency or severity it had in the past. And my kid feels like a super star.

He introduced himself the other day with this opener, “I ace races. It’s what I do!”

In the nearly four years since our first race, we’ve been to the emergency room zero times.

Today we finished our 13th race!

It was by far the best one yet. The sun shined. And my kid…well he aced it!

And asthma…asthma can suck it! 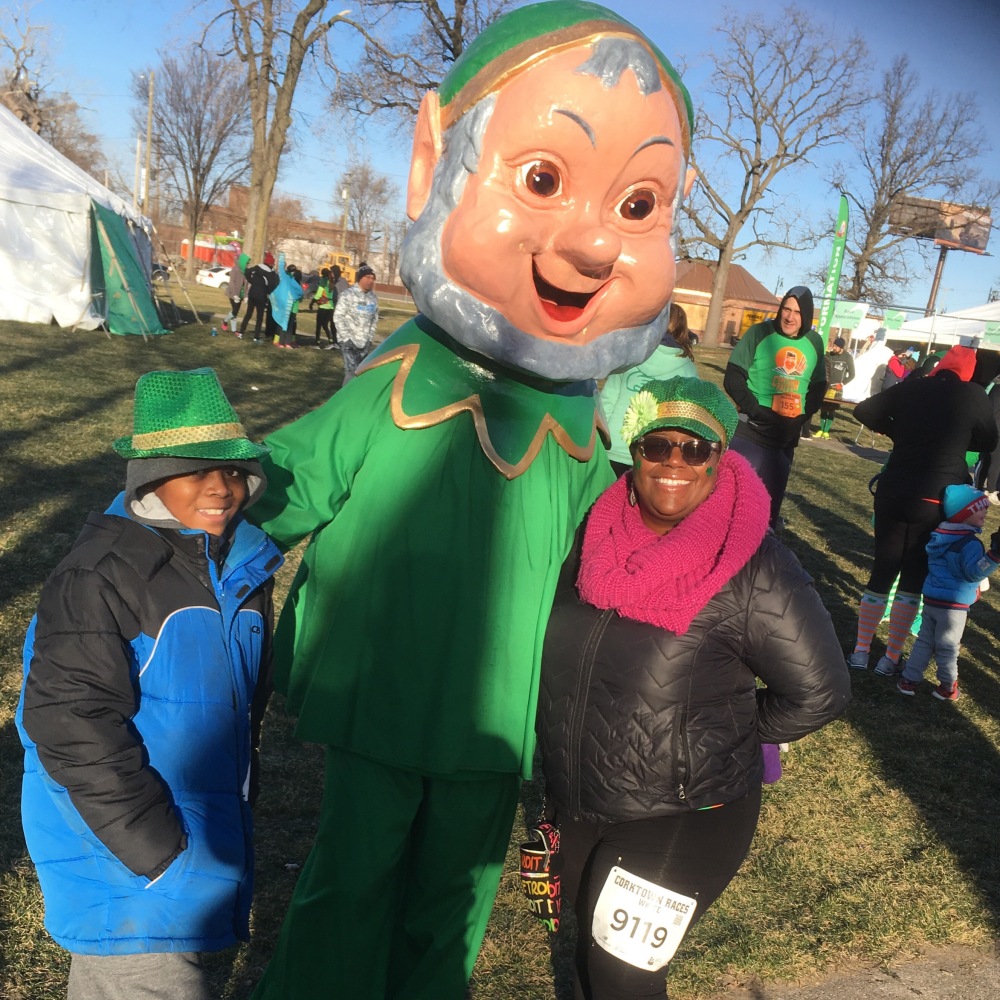 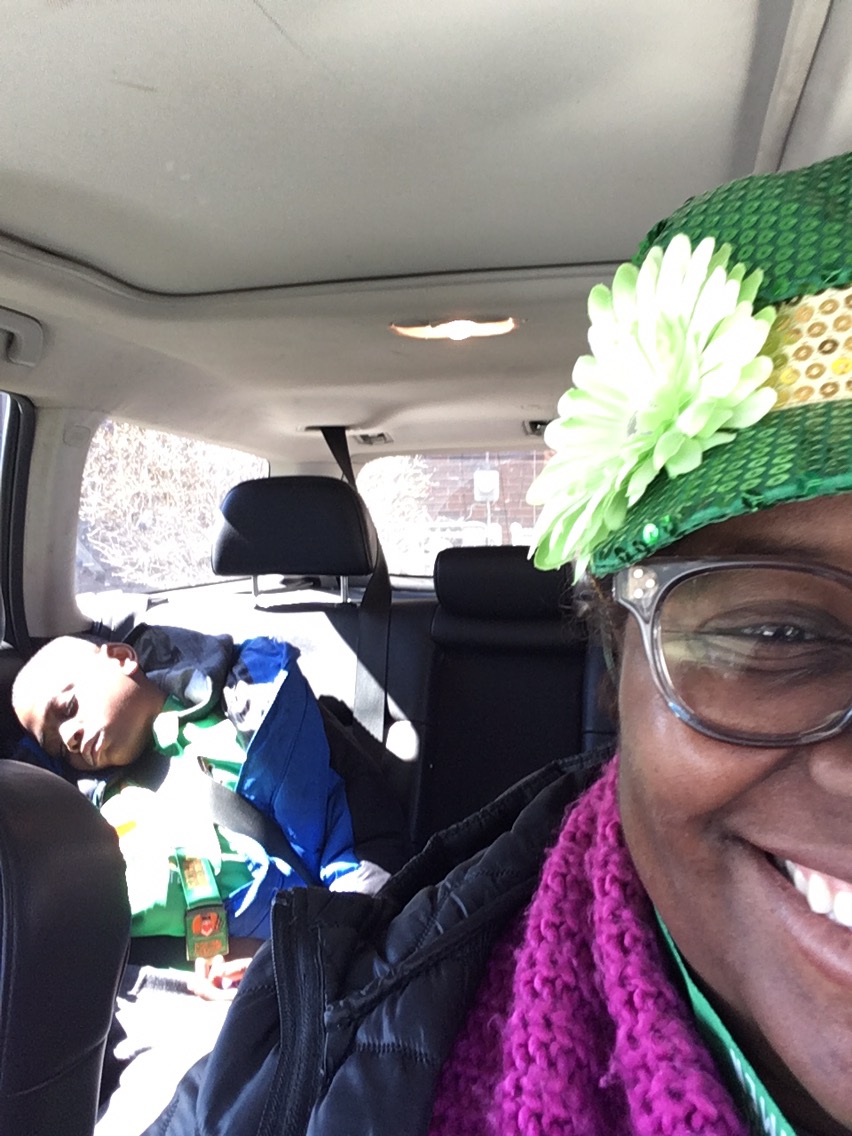